At AMS, we take pride in the unique abilities, and experiences that each member of our knowledgeable and dedicated team brings to our environment. From having speakers of seven different languages on staff (English, French, Spanish, German, Urdu and Gujrati) to staff members with experience in the visual, culinary and performing arts, we feel that a variety of interests and abilities allows us to better understand and support the needs of our diverse group of students and their families. 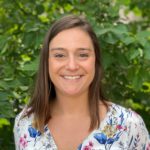 Analia Lowe holds a BSc degree in Psychology from Dalhousie University, a Master of Science in Early Childhood Special Education from Johns Hopkins University and a certificate in Montessori for Special Needs from the Center for Guided Montessori Studies. Since 2003, she has been working in the field of early childhood education in Canada, the United States and Asia. She spent over eight years working with children with Autism Spectrum Disorder.

Analia enjoys family time with her husband and twin boys, who are both graduates of the AMS Casa program. She often takes part in networking events with a focus on women in leadership, and enjoys keeping up her fluent Spanish by staying in touch with family and friends in Uruguay and the United States.

Andrea Cavicchi received her AMI Montessori teaching diploma from the Foundation for Montessori Education in Toronto in 2007 and holds a certificate in Montessori for Special Needs from the Center for Guided Montessori Studies. Andrea has been working with young children since 2003, in Nova Scotia, Ontario and Asia. She holds a BFA degree from NSCAD University and is also a TESOL trained children’s English teacher.

Andrea loves to spend time with her husband and her daughter, who is a graduate of the AMS Casa program. She enjoys painting and writing and has published two books for children, The Good Luck Dragonfly and The Crow’s Voice. 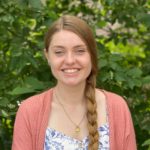 Isla Healy joined AMS in September 2017 as a Casa Guide. Isla completed her second practicum placement in our Casa class and earned her AMI Montessori teaching diploma from the Foundation for Montessori Education in Toronto in May 2017. Isla is originally from the United Kingdom and through her travels and growing up abroad, she has observed a number of different styles of education. She feels that Montessori education offers children a well-rounded and natural approach to learning.

Isla also has an interest in the performing arts and has a degree in Theatre Studies from Acadia University.

Camille joined AMS as a French Assistant in September 2021. She comes from a bilingual household and graduated from Saint Mary’s University with a double major in Psychology and International Development Studies. During her studies she focused on education systems in the Global South and resilience in youth, which led her to admire the Montessori method. Camille has a Montessori Fundamentals certificate from the Center for Guided Montessori Studies.

Carleigh has recently moved to Nova Scotia and is excited to be continuing her Montessori journey at AMS. Carleigh has a MACTE accredited Montessori diploma from the Montessori Teacher’s College in North York, Ontario, as well as a bachelor’s degree in English from York University. She has over nine years of experience working as a Casa Guide in Whitby, Ontario. Amanda Rooney joined AMS in 2016 as our French Speaking Assistant. Amanda has always loved learning about languages. She attended a French Immersion program as a child and went on to complete a Masters degree in languages from Dalhousie University, studying both French and German. Amanda also holds a certificate in Montessori Fundamentals from the Center for Guided Montessori Studies and has experience working as a childrens’ gymnastics instructor.

In her spare time, Amanda enjoys taking part in outdoor activities with her family and pets. 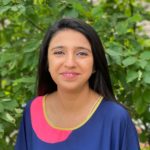 Karyn joined AMS as a Toddler Assistant in September 2021. She has studied Child Development at the Nova Scotia Teachers College and has Montessori Beginnings certificate from the Center for Guided Montessori Studies. Karyn has over 30 years of experience as a private child care provider, working with a variety of children and families.

Karyn enjoys the outdoors, painting, travelling and spending time with her teenage sons. 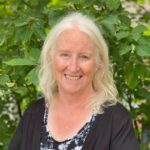 Kelly Jackson joined Atlantic Montessori School in 2019 as a substitute Montessori Guide, after recently moving to Nova Scotia. Since that time, Kelly has been invaluable to our team as a Montessori consultant, bringing the knowledge of over thirty years of Montessori experience in British Columbia, Ontario, Prince Edward Island and Nova Scotia to AMS. Kelly has an AMI Montessori diploma from the Toronto Montessori Institute, where she completed her training under Maria Montessori’s granddaughter, Renilde Montessori. Kelly also holds a BA from McMaster University in Hamilton, Ontario,